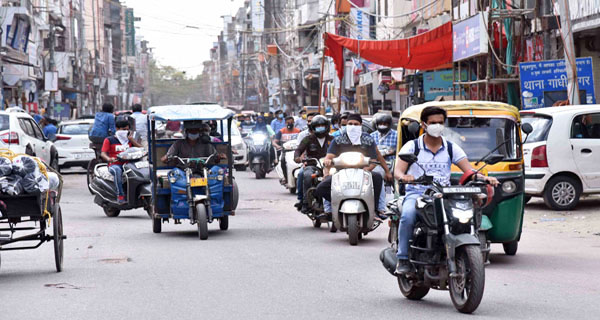 India on Monday joined the top ten nations with maximum number of COVID-19 cases around the globe. Surpassing Iran, the country climbed to the 10th spot with 1,39,911 cases. The country at present houses 77103 cases under active medical supervision , while 57721 patients have been cured so far here. In India,

4021 fatalities have been recorded, while the country witnessed a rise of over 1 lakh cases within this month. Meanwhile, the United States of America is on the top spot with 16.43 lakh confirmed cases , followed by Brazil at the second place with 3.63 lakh infections so far , while Russia is at number three with 3.44 lakh cases. Spain has climbed at the fourth spot surpassing the Great Britain which is now at number five followed by Italy at number six and France at number seven.

In past 24 days span, India has seen a massive increase in the cases, as on May 1 the cases were 35043 and now the figure has mounted to 139911 with a spike of 103802 infections in the same period. Meanwhile, Novel Coronavirus continued to spread it’s tentacles far and wide, with the number of fresh cases climbing a new high for the fourth consecutive day on Monday, closing in at 6977, while the countrywide tally of COVID-19 reached 139911. The death toll also spiralled to 4039, after 154 more lives were reportedly lost to the virus in the past 24 hours.

Active cases under medical supervision in the country are now 77896, as per the government data. On a positive note, the recoveries front has witnessed some improvement too, as 3280 virus infected persons have been cured and discharged since Sunday, taking the total number of COVID survivors pan India to 57720.

Meanwhile, limited domestic flight operation began this morning, which was suspended since the government initiated the nationwide lockdown, to check the spread of the lethal virus. Maharashtra continued to top the COVID-19 charts, registering 3041 fresh cases and taking the state’s tally to 50231, while the death toll of the worst-hit state now stands at 1635, after 58 more people succumbed to the deadly virus.

According to the health update, 14600 patients have recovered so far in the state, which is bearing the maximum load of the virus spread. Tamil Nadu, having recorded the second-highest number of cases, now houses 16277 infections, while 111 lives have been claimed so far by the virus spread in the state.

In Gujarat, the tally has reached 14056 after addition of 392 cases since Sunday, while the death toll has increased to 858. So far, 6412 cases have been cured and discharged in the state. As per the Health Ministry data, the national capital at present is housing 13418 cases, while 261 people have died so far in the city due to the infection. Rajasthan has 7028 cases, with 163 deaths, while 3,848 patients have recovered so far.