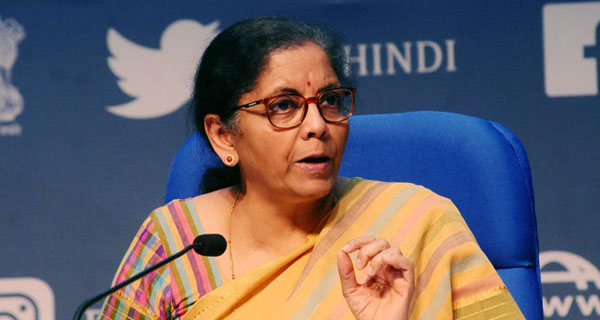 India's coronavirus infections stood at 78,003 on Thursday, fueled by Maharashtra, Gujarat, Tamil Nadu and Delhi, with the pandemic continuing unabated on the 51th day of the contagion-induced lockdown, while Finance Minister Nirmala Sithraman announced second tranche of economic stimulus to cushion the economy battered by the virus outbreak.

The second installment of the package aims at alleviating misery of migrant workers, street vendors, small traders and farmers.

Addressing presser along with her deputy Anurag Thakur, the Finance Minister said the government will spend Rs 35 billion on food for nearly 80 million migrant workers for the next two months and offer employment under a rural job programme.

As many as 67 crore beneficiaries in 23 states covering 83 per cent of PDS population will be covered by national portability by August 2020, she said, adding that for street vendors, the Government will support nearly 50 lakh people with Rs 5,000 crore Special Credit Facility.

The government on Wednesday loosened purse strings to ease virus pain and announced Rs 20 lakh crore financial package. The above-mentioned measures are a part of the special economic package.

Meanwhile, as per Health Ministry data, as many as 3,722 fresh cases and 134 more deaths were recorded. The death toll now stands at 2,549. The recovery rate has improved to 33.6 per cent while mortality rate stands at 3.26 per cent.

In a positive development, the doubling time of COVID-19 cases slowed down to 13.9 days from 12.6, Union Health Minister Harsh Vardhan said. As many as 1,849 more people have recovered from the illness, taking the recoveries to 26,234.

Gujarat's tally zoomed to 9,267 with 364 cases while death toll stood at 566 with 29 fatalities, followed by Tamil Nadu which jumped to third position with 9,277 cases and 64 deaths after registering 509 fresh cases and three fatalities.

In Delhi, cases reached 8,470 with 115 deaths, with 359 new infections and 20 fatalities, making it fourth worst-affected.