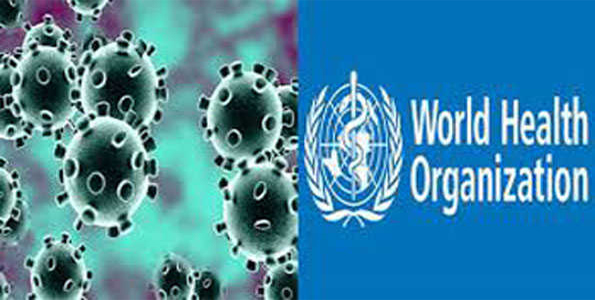 "So overall India is making a strong contribution on the international face", the WHO official said during a media briefing on COVID-19.

The spurt in cases, according to Dr Ryan, owed to the massive country size and population. "India has very high number of cases. But I think we should obviously see the number of cases in India today against the backdrop of the country's size and massive population of 1.3 billion people", he said.

Dr Ryan praised India for the high-number of testing that the country was conducting from the past few days.

"India's done well on sampling, done 20 million tests already. It does on an average a half a million tests per day. There has been a move in last number of days to really expand testing and to allow greater freedom for medical practitioners to request testing. So the approach to increasing that, the creation of COVID diagnostic training centre as well, is helping to expand the capacity of testing. So clearly India is determined to expand its testing regime further and further afield", he said.

Along with lauding India for the high number of testing, Dr Ryan also expressed concerns over the virus spreading to the rural areas.

"Our concern at the moment is that the disease is moving in more rural areas that don't necessarily have the same strength in their health system. The pattern of the disease moving into the younger age groups is also felt in India, as well", Dr Ryan said.

"India will always have to keep up a very strong sustained effort to prevent the disease and to treat those who fall ill", he said further.

"Three quarters of our members states are reporting partial or complete disruption of immunisation services, rehabilitation services and dental services, two thirds are reporting partial or complete disruption of non communicable diseases, chronic diseases, family planning services, treatment of mental health disorders, over half are reporting disruptions of malaria treatment campaigns, anti natal care, cancer diagnosis and treatment, and services of sick children so what we are seeing secondary affect in terms of both provision and access of health care. These challenge and threaten the sustainable development goals", Dr Ryan pointed out.

He warned that financial pressure could induce people to make bad health choices "WHO in terms of our universal health care strategy focuses on giving people access to healthcare without fear of financial ruin. As health services become less and less accessable due to fall in purchasing power, we fear that people would be making unhealthy choices by not seeking health care because the costs of doing so is difficult so I think that we would see a lot of secondary affects from COVID-19 as well and these need to be managed."

In the same briefing, WHO Director General Dr Tedros Adhanom urged the world not to loose hope as far as the fight against the COVID-19 is concerned. "Whatever happens in the future regarding the pandemic is in our hands", he maintained.

Addressing further he said, "We should not give up, I won't say that there is no solution, many countries have shown that whatever happens is in our hands, it can be controlled, countries like Spain Italy, South Korea and China have shown that."

Pointing out that at this juncture national unity and international solidarity is crucial he said that "technology gives us hope some vaccines are in the final stages of development, the speed at which we have reached this stage is unprecedented."