India will give befitting reply if enemy attacks : Rajnath Singh 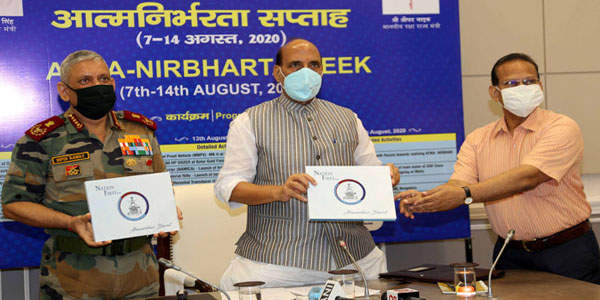 Amid the simmering border tension with China in eastern Ladakh, Defence minister Rajnath Singh on Friday said India will give a befitting reply if an enemy country attacks it.

In a message to the armed forces on the eve of 74th Independence Day, the minister said India believes in winning hearts and not land.  “But it does not mean we will let our self-esteem be hurt,” Mr Singh said in the message.

The defence minister said whatever India does in the realm of national security is always for self-defence and not to attack other countries.
“If enemy country attacks us, then we will give a befitting reply like every time,” he said.  “History is a witness to the fact that India never attacked anyone or tried to capture land of another country,” the minister added.

The defence minister also assured the armed forces that government is doing all that is required to maintain their operational requirement.  Mr Singh later took to Twitter to salute the courage of the soldiers.  “On the eve of India’s Independence Day, I salute the indomitable courage of the brave soldiers of our Armed Forces who are selflessly serving the nation. Their unmatched courage and patriotism has ensured that our country is safe,” he tweeted.

In another tweet, the minister said the government is leaving no stone unturned to strengthen the armed forces and ensure the welfare of their families and the ex-servicemen. The Nation will celebrate the 74th Independence Day tomorrow.

Prime Minister Narendra Modi will lead the nation in celebrating Independence Day at the majestic Red Fort in New Delhi. He will unfurl the National Flag and address the nation from the ramparts of the iconic monument.