Indian Railways ramps up it's mission "Back Home" through Shramik Specials 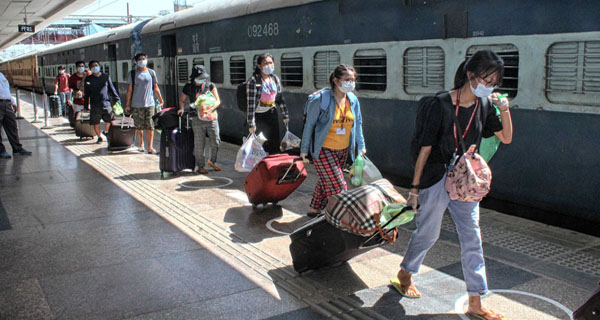 More than 210,000 passengers were transported by India Railways to their home states in 145 "Shramik Special" trains operationalised from various states on Thursday, an official release here said.

Starting from from just four trains on May 1, Railways have managed to operationalise more than 1,000 such Shram Shakti trains in less 15 days.  This is for the first time that on a single day, passenger count on Shramik trains crossed the 200,000-mark.  Till now more than 1200,000 passengers have reached their home states by these “Shramik Special” trains, the release said.  Shramik Trains began operations with just around 5,000 passengers on May 1, it may be recalled.