Indian women's team has potential to win a medal at Tokyo Olympics next year : Savita 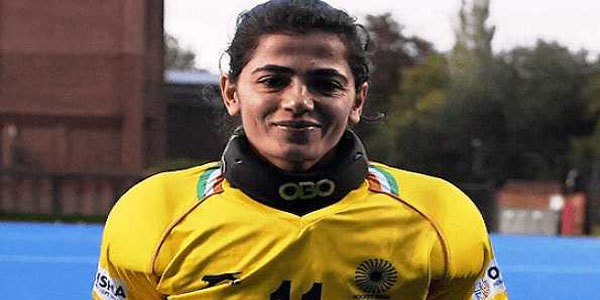 Due to ongoing COVID-19 pandemic across the globe, the Tokyo Olympic Games which was earlier scheduled to take place this year has been postponed to next year.

"It was fantastic to take part at the Rio Olympics in 2016. We had qualified for the big competition after 36 years and we were very excited to be in the midst of the best athletes from around the world. The feeling was unparalleled when we were soaking in the entire environment at Rio," Savita said.

I feel our team was raw at that time and we made a few mistakes.

Now, we have a much stronger side and I am sure we will be able to put the nightmare in Rio behind us. The experience at the Olympic Games will certainly hold us in good stead for the next one in Tokyo.

"Personally, for me, I attained a lot of confidence after the match against Japan for fifth place at the Women's Hockey World League Semi Final in Antwerp in 2015.

I will never forget that match. I was in the zone and felt that I could take on any team anywhere in the world. I had no fear inside me at all. We won the game 1-0, courtesy of Rani's strike, and that victory eventually helped us qualify for the Rio Olympics."

We have recorded great victories in the last four years which includes Asia Cup 2017 and FIH Women's Series Finals Hiroshima 2019. It was absolutely amazing to book a berth at the Tokyo Olympics through the FIH Olympic Qualifiers 2019 in front of our home crowd.

"I think we have a great chance to make history at the Tokyo Olympics. We have a good mix of experience and youngsters in our side and all our bases are covered," Savita wrote in a column for Hockey India website.

"We have competed against top teams in the recent past and we have a strong belief in our abilities.

If we play to our potential, we will surely win a medal for India at the Olympics next year," Savita added.