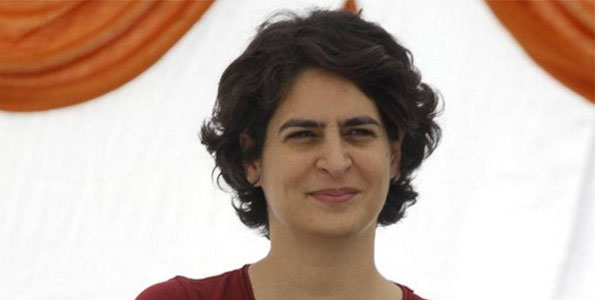 New Delhi, (UNI) Taking a dig at the Uttar Pradesh government, Congress General Secretary In-Charge Eastern UP Priyanka Gandhi Vadra on Friday said that being the granddaughter of former Prime Minister Indira Gandhi, she is never scared of speaking the truth and therefore, the state government should not try to frighten her using futile warnings.

Taking to micro-blogging site Twitter, Ms Vadra said, 'It is my duty as a public servant to the people of Uttar Pradesh, to keep the truth in front of them. It is not to push any propaganda. The UP government sending futile warnings through its departments is just wasting time whatever actions it wants to go ahead with can simply do.

'I will keep the truth up front. I am Indira Gandhi's granddaughter, and not like some undisclosed spokesperson of BJP like some opposition leaders,' she posted in another tweet.