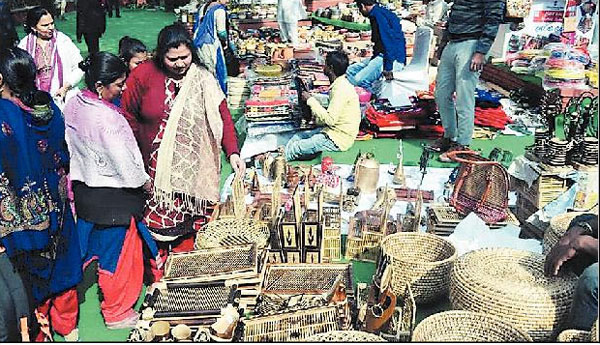 Chronicle Reporter, Bhopal-Chief Minister Shivraj Singh Chouhan has said that the programmes of International Women's Day should be remembered as a symbol of women's empowerment. Their message should go far and wide.

The programmes should not be just rituals, but also empowerment of women should be done continuously. Chief Minister Chouhan said that women who have reached success through struggle should tell their own stories in the programme. The form of the programmes should be such that they should become unforgettable. Chief Minister Chouhan said that on Women's Day he will be involved in tree plantation in the capital with successful women of various fields.

Chief Minister Chouhan was reviewing the preparations for the two major state level programmes to be organised on March 8 on the International Women's Day in the meeting held in the Mantralaya today. The first programme will be held at Hunar-Haat Bhopal Haat from 10.30 am.

The second major event will be held at Nehru Stadium from 3 pm. In this, loans of 200 crores will be distributed among rural self-help groups. There will also be programmes in districts on the lines of Hunar-Haat.

Women should take care of every aspect of the programme

Chief Minister Chouhan said that such efforts should be made that all responsibilities of the Hunar-Haat being organised on the Women’s Day should be fulfilled by the women. Successful women should be on stage to symbolise women empowerment.
Other public representatives and officials should remain in the visitors’ gallery. Successful women working in the fields of administration, sports, politics, social service, industry etc. should remain on stage.

Chief Minister Chouhan said that everyone should buy the products prepared by hard working and skilled women of various self-help groups from March 8 to 10 at Hunar-Haat.
These in Hunar-Haats are also being organised in districts. Public representatives, officers, citizens should cooperate in the economic empowerment of the women of the groups.

The Chief Minister asked to cooperate to become vocal for local. Take the work of self-help groups to the world. Purchase Kodo-Kutki dishes, toys, domestic use items, adornments and artistic clothes and bring the benefits of marketing to groups and make their products known in the international market.

Active participation of these districts

About 50 self-help groups will bring products in the three-day Hunar-Haat. The districts from which more groups are coming include seven groups each from Balaghat and Dindori, five each from Panna and Mandla. Apart from this, Raisen, Barwani, Anuppur, Satna, Umaria districts are also taking participating actively.
Major products include kodo-kutki, powerloom textiles and gondi paintings from Dindori, honey from Anuppur, woodwork from Sehore and artistic dresses from Mandla. Products will be displayed and sold at the groups' stalls. It was informed at the meeting that gram sabhas are also being organised on the occasion of Women,s Day.