Is Shilpa Shetty Kundra a part of Apne 2? 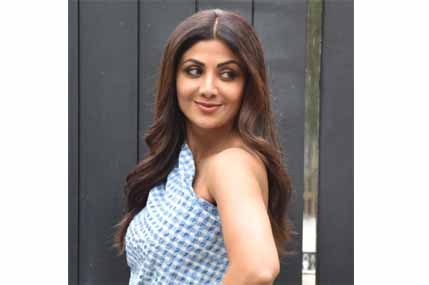 Shilpa Shetty Kundra also informs that she is starting a new film from September, announcement of which will be made soon.
After Priyadarshan’s Hungama 2, which is gearing up for a release soon, Shilpa Shetty Kundra will next be seen in director Sabir Khan’s Nikamma with Abhimanyu Dasani. Reportedly, the maker’s of the latter are recreating ‘Nikamma Kiya Is Dil Ne’ from Kyaa Dil Ne Kahaa for Nikamma. Confirming the same, Shilpa says, “Wahan pe toh banta hai na (There it’s obvious). Sabir has done some fab stuff with that song, so let's see.”
Meanwhile, there were speculations that Shilpa might feature in Anil Sharma’s Apne 2. The actress was a part of the 2007 original as well. Is she doing the film? “I am not, unfortunately. I can’t, I don’t have dates till next year's end. I have told Anil ji, and he came very last minute honestly to me… as in when they were making the movie, and I had already signed up. There is Hungama 2, there is Nikamma, there is another film I am starting from September, which will be announced later,” informs Shilpa.
The actress is also in talks for a web series. “I might be doing that most probably next year. So I just don't have any space, and I need time with my kids, you know,” adds Shilpa. She further informs that Hungama 2 is not a sequel or a prequel of the original 2003 film. “It's an absolutely new plot and premise. The only common factors being Ratan ji (Ratan Jain, producer), Priyan Sir (Priyadarshan, director) and Paresh ji (Paresh Rawal, co-star).”