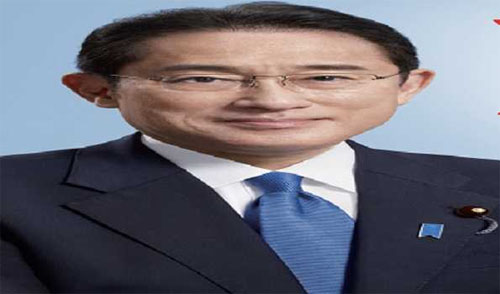 Tokyo, Oct 13 (UNI/Sputnik) Japan needs to boost its missile defense capability and will consider all available missile technologies that would enable it to better protect its people, the country's Prime Minister Fumio Kishida said on Wednesday.

"The government has so far made efforts to ensure that defense against ballistic missiles is sufficient. But we understand that we can protect the lives and peaceful existence of the people by simply increasing the ability to intercept missiles," Kishida said during a hearing in the upper house of parliament.

He noted that recently, hypersonic missiles, nuclear weapons, missiles that can change the flight path have been developed around the world and stressed that "under these conditions, the government will consider missile defense from various points of view, including implementing additional measures."

Fumio Kishida became the 100th Prime Minister of Japan last Monday. Since October 11, he has been answering questions from party representatives in both houses of parliament for three days. After that, the lower house of parliament will be dissolved, and new parliamentary elections will be held on October 31.