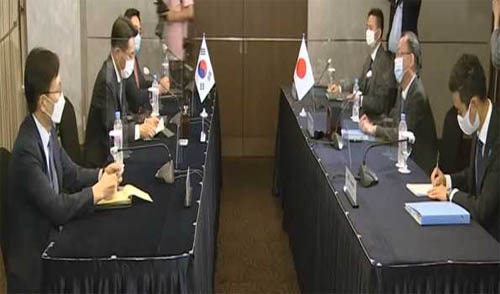 Tokyo, Sep 14 (UNI/Sputnik) High-ranking diplomats of Japan, the United States and South Korea agreed, during a trilateral meeting in Tokyo, to continue interaction on denuclearization of North Korea by combining dialogue with Pyongyang and sanctions pressure, the Kyodo news agency reported, citing sources.

The meeting was attended by US special envoy for North Korea Sung Kim, head of the Japanese Foreign Ministry's Asian and Oceanian Affairs Bureau Takehiro Funakoshi and the South Korean Foreign Ministry's special envoy for peace and security on the Korean Peninsula Noh Kyu-duk.
One of the key topics of discussion was a possible response to the statement of the North Korean side about successful missile tests.

The Korean Central News Agency (KCNA) on Monday reported successful tests of a cruise missile. In particular, experts held tests of the thrust of missile engines on the ground, flight tests, control and guidance tests, and a number of others. All of them were reported to have been successful. Cruise missiles were able to hit targets at a distance of 1,500 kilometers. The characteristics of the new weapon were recognized as meeting the design requirements.