Javadekar takes jibe at Rahul for his emergency remark 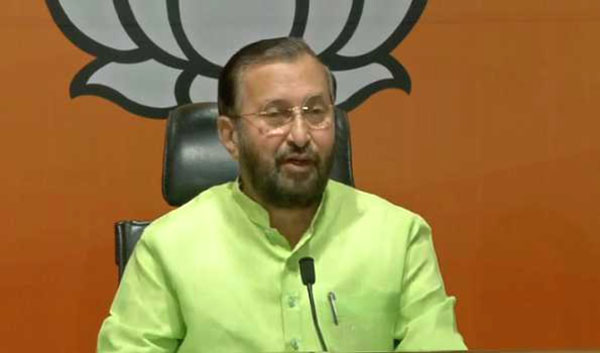 Addressing a press conference, Mr Javadekar said the then government weakened all institutions during the Emergency.

"It will take Rahul Gandhi a lot of time to understand the RSS. RSS is the biggest school of patriotism in the world," the Union Minister said.

People of Gujarat have voted in favour of farm bills. People have dismissed negative campaigning of the government, Mr Javadekar said.

On, BJP's debacle in the Delhi municipal polls, the Minister said the seats have been wrested by the the AAP and Congress.

On Tuesday, Wayanad MP said emergency imposed by former Prime Minister Indira Gandhi was a wrong decision, but the situation was completely different from the present perspective, as the Congress never attempted to capture the institutional structure of the country.