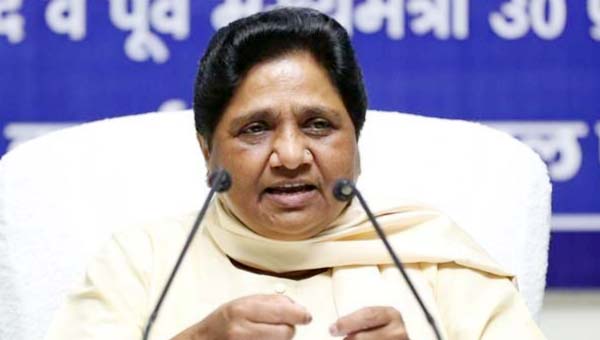 Etawah, Nov 19 (UNI) In what may have come as a shocker, many leaders of the Bahujan Samaj Party (BSP) have recently joined the Samajwadi Party as fresh trouble for party honcho Mayawati.

Samajwadi Party (SP) president Akhilesh Yadav provided many prominent and important leaders formerly associated with the BSP, with the membership of the SP on Diwali in his home district Etawah.

This had sent alarm bells ringing in the BSP high-command. The party high command began to know and ascertain the reason for separation of the leaders who had split from the party.

The leaders who left said that upset with the policies of Bhimrao Ambedkar, they decided to leave the party.

BSP's former district president Jitendra Dohre claims that BSP's Legislative Council member Bhimrao Ambedkar acts in an arbitrary manner as far as the running of the party organization is concerned. He also averred that he does not give attention or importance to any worker or leader of the party organization due to which discontentment and anger is being seen amongst the partymen.

In the past, BSP's former district president Govind Ji Goyal and the party's Kanpur division convenor Rajkumar Gautam had been ousted from the party on a feedback that they had connectivity with the Azad Samaj Party's national president Chandrashekhar. The report of BSP's Legislative Council member Bhimrao Ambedkar had been very significant in this regard.

The BSP high-command has made VP Singh, who has been the district president several times, the new district chief of the party after Jagat Narayan Singh.

The relations between VP Singh, who had once been a close associate of Bhimrao Ambedkar, have now soured. As a result, Mr Ambedkar had got VP Singh removed from the district president post and replaced him with Jagat Narayan. But as the 'Akhilesh bomb' burst on Diwali, the BSP high-command got away with Jagat Narayan.