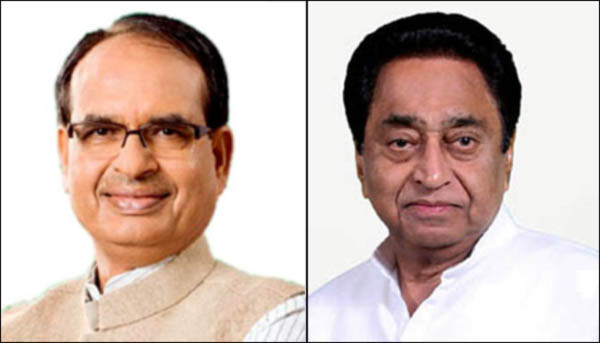 Referring to the recent statements of Kamal Nath, Chouhan said that Nath is speaking out of frustration. Sometimes he becomes 'future Chief Minister', then he reads 'Panchang'. Only a frustrated person can speak such language.

Chouhan said, 'Kamal Nath ji you are a senior leader. At least show restraint. It is okay if a worker standing in the street speaks such language. Otherwise use of such language is not becoming of you. A seasoned leader should not talk in this way.'

What Nath had said?

Addressing a public rally in Niwari, Nath allegedly threatened officers of the police department.
Nath said, "Elections will be held in eight months and I want to tell everyone not to be aggressive or fearful. All the police officers should listen with their ears open that everybody's account will be taken in the upcoming elections."

"This is not the first time Kamal Nath has tried to intimidate the police officers and the administration. In August 2021, he made similar statements. We also remember the 'aag laga do' statement," said Shehzad Poonawalla.

Taking a jibe at Congress, Poonawalla said that the party has always believed in an emergency mindset, in intimidation, revenge, and vendetta politics.

Actually there are assembly elections in the state later this year. Along with the ruling party BJP, Congress is also engaged in election preparations. Kamal Nath toured several districts in the state in the recent past and has been continuously attacking the BJP government in the state.