Kangana Ranaut's film an ode to Amma by Jaya 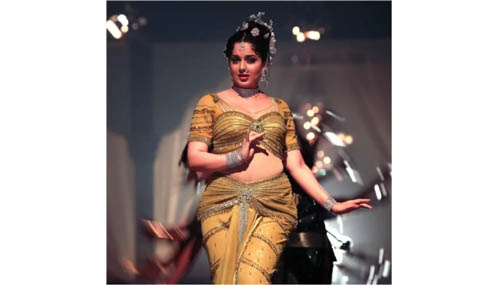 Movie: Thalaivii
Thalaivii Director: A. L Vijay
Thalaivii Cast: Kangana Ranaut, Arvind Swamy
Thalaivii Stars: 3.5/5
The iron lady of Indian politics, J Jayalalithaa, is someone who brought a lot of attention (and acknowledgement) to the power of regional parties. Pushed into the cinematic world to support her family, setting aside her dream of being a lawyer, Jayalalithaa earned the media limelight twice in her early days – once with her maiden speech on the power of women, and then again with a fiery speech in the parliament. Jayalalithaa was that and much more for her followers. An outspoken, articulate, and astute women politician of her time. She was Amma for her followers, Ammu for her mentor, and Thalaivi (leader) for her partymen.
Kangana Ranaut starrer Thalaivii celebrates the superstardom of Jayalalithaa. The film highlights the varied phases of Jayalalithaa’s life. It scales the political journey of the iconic legend from a young girl to the cusp of time she was adorned with the name 'Amma'.  However, the film isn’t entirely a biopic and focuses only on certain parts of her life – and more so from the vantage point that clamours for admiration for the ‘self-made’ women leader. Jayalalithaa during her stint in the political sphere has always stressed why she was targeted in a male-dominated field; especially with no lineage to back her political aspirations. The makers of the film, take the concept and make Kangana the fulcrum of the script.
The first-half of the film depicts her struggles in the early stages of her filmy career to the rise of her stardom. It focuses the energy on the love story of the young actress with a renowned legendary actor. As the second half kicks-in, it vividly depicts the battles of Jayalalithaa in her political career. It banks on depicting her controversial entry to the party, and rise to power both within and outside the party before emerging as a leader who shaped Tamil Nadu politics.
Love her or hate her, but a film with Kangana is always a reason for cinema lover to raise expectations. From playing Jaya, a mom making her return to Kabbadi ground, to playing Jayalalithaa, a leader who shook the power corridors of politics, Kangana is clearly taking a leap of faith with this film. Especially, with the contentious issues that comes along with playing such a character on-screen.
Kangana has done an excellent job and the film adds another feather to her hat. The minute detailing of the look just adds to the character. It’s a treat to watch Arvind Swami as M.G. Ramachandran on-screen once again. When you are conflicted whether to love an actor or focus on the faults in the character, it means the actor has done justice to the grey shade with which the character was sketched. The chemistry between Kangana and Arvind is exigent.
Actor Raj Arjun who plays R.M. Veerappan in Thalaivii is the backbone of MGR Kazhagam party and a loyalist of MGR. He is instrumental in keeping the thrill alive in this political drama. The real Jayalalithaa was trained in Carnatic music, western classical piano and various forms of classical dances, including Bharatanatyam, Kuchipudi, Mohiniyattam, Manipuri, Kathak. The effort put in by the makers, and Kangana, to learn the art forms is commendable. The makers avoid the usual tropes and tricks of camera and editing to support classical steps of the choreography.
The length of the film, though, can act as a spoiler for people who have now are cognitively tuned to watch shorter films. Despite focusing on only a selected period of her life, Thalaivii seems ruminating on the idea of paying an ode to the leader. But then, certain stories need the time if invested properly, and it squarely depends on audience preference.
Watch it to remember the rise and rise of Jayalalithaa from an actor to a leader to finally becoming Amma and for Kangana Ranaut’s committed depiction to bring it alive on the screen.