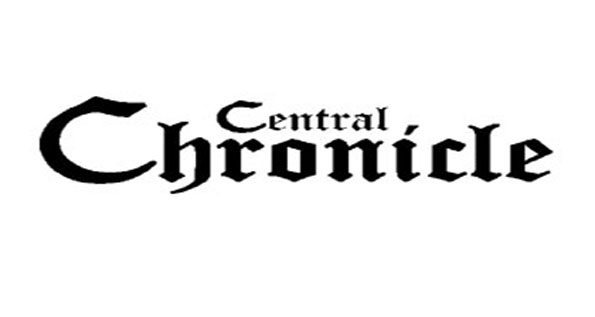 Milind Muzumdar
Chronicle Reporter, Indore
Keeping in view the 2023 assembly elections, there has been a fresh gathering in the State Congress. The 5 years old Pradesh Congress Committee has been reconstituted. 64 district presidents have been appointed. The special thing about the reorganization is that the state Congress President Kamal Nath has been given a free hand by the high command to constitute his executives. This is the reason why this list of appointments in Congress is completely Kamalnath type.
Due to the unilateral dominance of Kamal Nath, the factional balance has definitely gone awry, but the regional balance has been taken full care of. Vindhya, Baghelkhand, Bundelkhand, Mahakaushal, Gwalior Chambal zone, Bhopal, Hoshangabad division and Malwa Nimar have been fully taken care of by the vice-presidents and general secretaries. Leaders like Digvijay Singh, Suresh Pachauri, Arun Yadav, Kantilal Bhuria and Ajay Singh are in the powerful political management committee. The surprising thing is that Kamal Nath's son MP Nakul Nath is also named in this committee while Digvijay Singh's son Jaivardhan Singh, his younger brother Laxman Singh and nephew Priyavrat Singh have been neglected. However Digvijay Singh himself has been included in the Political Affairs Committee. Most of the faces in the list are the same, who have been made office bearers again and again. Some young faces have definitely been included. To give Kamal Nath a free hand and to show his supremacy, the previous system of working presidents has been abolished. The four old working presidents Jeetu Patwari, Surendra Chaudhary, Bala Bachchan and Ramnivas Rawat have been made state vice-presidents. Seeing the list shows that there are many such leaders who have lost elections repeatedly or who have not won any election. Apart from these, there are such leaders who are completely away from field politics. The names of leaders like Dr. Vijay Laxmi Sadho, Ravi Joshi and Satyanarayan Patel are not there in the list. It is possible that they will get a chance in the National Working Committee.
AICC has announced a jumbo executive committee of 55 vice-presidents and 105 general secretaries of the State Congress Committee, in which leaders who did not support Scindia have also been given place, while leaders who have been neglected for some time have also been given important responsibilities. Till now, half a dozen leaders of the core committee sitting at PCC chief's bungalow used to discuss all matters, now a committee of 21 leaders has been formed for political matters. In which Kamal Nath, Digvijay Singh, Leader of Opposition Govind Singh to former presidents and other senior leaders have been included. Meenakshi Natarajan has not got a place in the very important Political Affairs Committee of the state. There are no names of about 90 MLAs out of the existing MLAs in the PCC executive. Regarding this list, state in-charge JP Agarwal has clarified that this is not the final list. It can also be amended and some names can also be added.
10 new names in 64 district presidents - The All India Congress Committee on Sunday night released the list of 155 vice-presidents and general secretaries, including the Political Affairs Committee of the Madhya Pradesh Congress Committee. Along with this, the names of 64 district presidents have been stamped and most of them were already handling the responsibility. New names of 10 district presidents are included. Due to no mention in the announced team about district presidents of both Bhopal city and rural, speculations are being made that a decision will be taken about them later. There is no clear mention in the list of AICC about the responsibility of the person in charge of the organization of the PCC.
There was no head of the organization in 10 districts- There were about 10 districts of Congress where there was no district president. Among these, the posts of District President in Morena Rural, Sagar City and Rural President, Anuppur, Ratlam Rural and Khargone were vacant. On the other hand, in both the districts of Burhanpur, Khandwa, work was going on with the acting district president in the city and rural units. Subhash Gupta in Shahdol and Vikram Khamaria was working as acting district president in Katni city. Now new presidents have been appointed in 10 districts.
Some shocking names
AICC has approved the names of 50 vice-presidents, in which Ashok Singh, Rajiv Singh, Rajkumar Patel, who have been in the role of general secretaries till now, have been included in it. Among the vice-presidents, the names of former IAS Ajita Bajpai Pandey and VK Batham are also surprising. Similarly, the names of Manak Agarwal, Govind Goyal and Archana Jaiswal are also there in the announced committee of AICC, which have been neglected for a long time. In the released list of 105 general secretaries, youth have been given a place along with many seniors.
21 leaders in the Political Affairs Committee
A committee of 21 members has been formed on political affairs in Madhya Pradesh Congress Committee. In this, along with Kamal Nath, Digvijay Singh, Leader of Opposition Dr. Govind Singh, former PCC President Kantilal Bhuria, Suresh Pachauri and Arun Yadav, former Leader of Opposition Ajay Singh, Rajya Sabha members Vivek Tankha and Rajmani Patel, Lok Sabha member Nakul Nath, till now the role of acting president Bala Bachchan, Jeetu Patwari, Surendra Chaudhary and Ramniwas Rawat, former Assembly Speaker Narmada Prasad Prajapati, MLAs Sajjan Singh Verma, Arif Aqeel and Kamleshwar Patel, former MP Rameshwar Neekhra, former National Coordinator of Seva Dal Mahendra Joshi and former National President of Mahila Congress Shobha Ojha has been included. According to factional balance, Kamal Nath's supporters are Nakulnath, Bala Bachchan, Surendra Chaudhary, Sajjan Singh Verma, Kamleshwar Patel, while Digvijay Singh's supporters are Dr. Govind Singh, Kantilal Bhuria, Arif Aqeel and Rameshwar Neekhra and Suresh Pachauri's supporters are Mahendra Joshi and Shobha Ojha is considered. Apart from these, Ramniwas Rawat, who was a supporter of Jyotiraditya Scindia, has been included in the committee.