Keerthy Suresh to star as female lead in Suriya and director Bala's film? 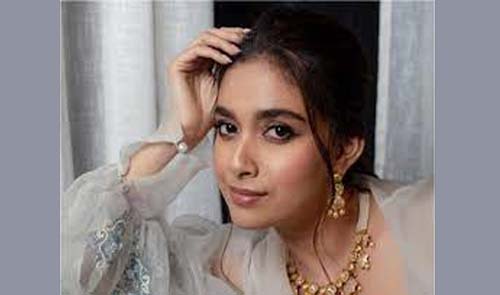 Actor Suriya is teaming up with acclaimed director Bala for his next after 20 years and it is one of the my anticipated films. While the film was announced recently, there are now reports that Keerthy Suresh has been approached for the female lead.
Keerthy is holding talks with makers to star opposite Suriya in Bala’s film. The casting of the film is yet to be finalised. An official announcement is awaited.
If talks are finalised, the Annaatthe actress will star with Suriya for the second time after the 2018 Tamil film, Thaanaa Serndha Koottam and first time with director Bala. Suriya and Keerthy's chemistry was wonderful in Thaanaa Serndha Kootam and fans hope they can repeat the magic in this upcoming untitled film.
This yet to be titled marks the collaboration between the actor-director duo after 20 years. Bala is the director who gave Suriya a break in the industry with blockbuster films like Nandha (2001) and Pithamagan (2003). The film will be bankrolled by Suriya’s 2D Entertainment.
On the work front, Keerthy Suresh will feature alongside superstar Mahesh Babu in the upcoming film, Sarkaru Vaari Paata and Bholaa Shankar with Chiranjeevi. Besides, she also has a Malayalam film Vaashi, co-starring Tovino Thomas. Keerthy is awaiting the release of her sports movie Good Luck Sakhi and pan Indian film Marakkar: Arabikadalinte Simham.