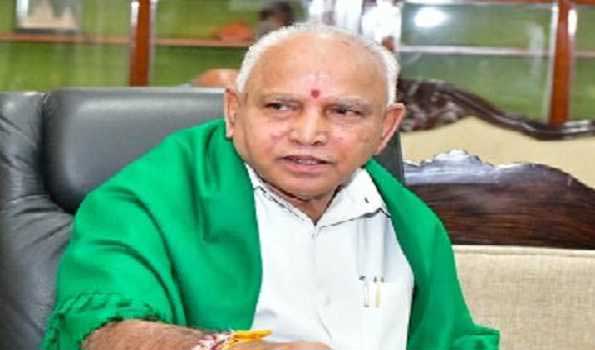 Bengaluru, Strongly defending the decision to impose additional taxes on the sale of Petrol and Diesel in this budget, which was presented in the Karnataka Assembly, Chief minister B S Yediyurappa on Thursady said that "It was inevitable to mobilise more funds". Addressing a press conference here immediately after presenting the state budget for the year 2020-21, Chief minister said that "Presently we are facing severe financial crunch following cut short of state's share of Central taxes, shortfall in GST payment and also slashing of the 15th Financial commission allocation to Karnataka". He said that the spike in the tax rate for the petroleum products, which was raised by three per cent is expected to mobilise an additional resources of Rs 3000 crore per year.

Hailing his budget, which was presented in the Assembly as a growth oriented, Chief minister said that "I have tried to strike balance for the growth of both the Industry as well as Agriculture sector". "Sufficient funds had also been allocated for the upliftment of the the oppressed classes including SC and ST communities" he said. Referring to the proposals on borrowing, he said that "All the proceedings through external borrowing would be strictly earmarked towards capital expenditure. Replying to questions, he said that "State government will plead with the Union government to restore the percentage of the 14th finance commission allocation to Karnataka, which was reduced by over one per cent by the 15th Finance commission". A meeting had been convened by the 15th Finance commission at New Delhi on Monday, next to discuss the issue, he said.