Kundali Bhagya's c on her character Mahira: 'Never thought this role would be a part of my life' 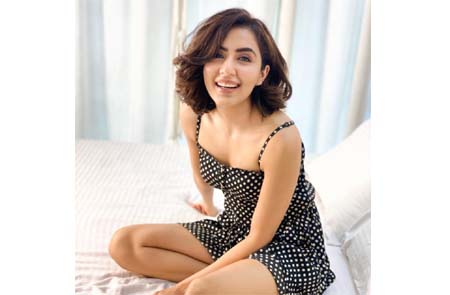 Swati Kapoor has thanked her fans for giving immense love and support to her character Mahira. Her track is coming to an end after two years.
The popular show Kundali Bhagya is entertaining the audience for a long time. The show's lead characters Shraddha Arya and Dheeraj Dhoopar are the most favourite onscreen couple. The constant chaos and commotion in Karan and Preeta’s lives have surely kept the audience at the edge of their seats, especially with the dramatic twists introduced by Mahira. Ever since she made her way into the Luthra family, she has only been causing trouble for each member. However, Mahira’s track is ending now.
Mahira essayed by television actress Swati Kapoor received immense love from her fans. The actress had made her dramatic entry with this character almost 2 years back and within no time became a huge part of the show and the audience’s hearts as well. Sharing her thoughts on the same, she said “Mahira’s journey has been absolutely beautiful, and I have loved every bit of this 2-year journey. I never thought a character like Mahira would be a part of my life, but I feel like this role was destined to be mine. I didn’t give a single look test or audition for this character and I just fit into it so perfectly. The best part of this role was that it had a mix of both positive and negative shades.”
She further adds, “Mahira as a character has been very satisfying and I have enjoyed portraying her till the very last day. Although I feel really sad about having to leave this show, you never know, Mahira may just make a surprise entry soon.” She also praised the entire team for being extremely supportive and thanked the audience for giving so much love. The show is likely to take a leap.