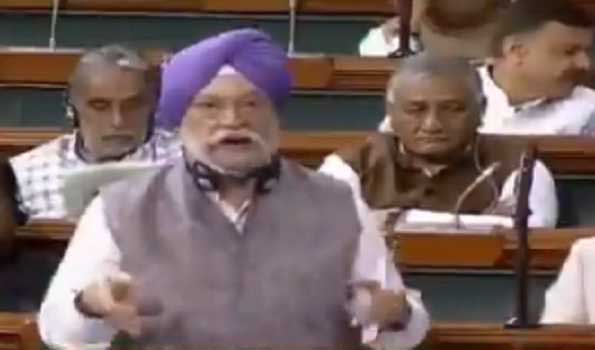 New Delhi, A Bill seeking better control over manufacturing, possession, use, operation, sale, import and export of aircraft was passed by the Lok Sabha on Tuesday.The Aircraft (Amendment) Bill, 2020 was passed by voice vote in the House, following the reply of Union Minister for Civil Aviation Hardeep Singh Puri, after discussion.The Bill seeks to empower the Central government to constitute the Directorate General of Civil Aviation, Bureau of Civil Aviation Security and Aircraft Accidents Investigation Bureau, specify their responsibilities and issue directions, if necessary.It also seeks to enhance the minimum limit of fine from the existing Rs 10 lakh to Rs one crore and include regulation of all areas of air navigation services.The Bill aims to keep an aircraft, belonging to any Armed forces of the Union and other than Naval, Military or Air Force, outside the purview of the Act.