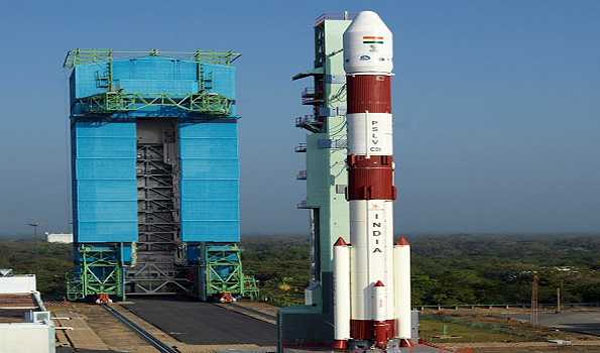 Chennai, Feb 25 (UNI) In its first mission this year and the first  dedicated commercial mission for the newly formed NewSpace India Limited (NSIL), PSLV-C51 will launch the 637 kg Brazillian satellite Amazonia-1 and 18-co-passenger satellites from the SDSC SHAR Range, Sriharikota, on February 28.
The launch will take place at 1024 hrs from the First Launch Pad on Sunday.
ISRO sources said the launch rehearsal of PSLV-C51 was completed today.After the Launch Authorisation Board cleared the mission, the countdown for the launch would begin on Saturday during which  propellant filling operations would be taken up in the 44.4 m tall
four-stage vehicle.
In this mission, the fourth stage engine would be cut off and  restarted twice. The entire mission would last for about two hours.
About 17 minutes after the launch, the fourth stage engine would be cut off following which Amazonia-1 would get separated.
About 44 minutes later, the fourth stage engine would be restarted and cut off after nine seconds, before restarting it for the second
time 30 minutes later when the co-passenger satellites would get separated and injected into the Polar Sun Synchronous Orbit.
ISRO would be using the 'DL' variant of PSLV equipped with two  solid strap-on boosters for this mission.
This would be the first launch of 2021, 39th from the First Launch Pad, 78th Launch Vehicle Mission from SDSC SHAR, 53rd flight of
PSLV, third flight of PSLV-DL and the first 'dedicated PSLV commercial mission for NSIL being undertaken under a commercial agreement with the Spaceflight Inc. USA. Amazonia-1 is the optical earth observation satellie of National Institute  for Space Research (INPE), Brazil.
This is the first satellite which is compltely designed, integrated, tested  and operated by INPE. It has a life span of four years.
The Amazonia-1 mission would further strengthen the existing structure by providing remote sensing data to users for monitoring, deforestation in the Amazon region and analysis of diversified agriculture across the  Brazillian territory.
The Indian co-passenger satellites are Satish Dhawan SAT (SDSAT) and UNITYsat.
The commercial co-passengers satellites are India's SindhuNetra and SAI-1 NanoConnect-2 of USA--both for technology demonstration--and 12 Space BEEs satellites from USA for two-way satellite communications and data relay.
SDSAT, a nano satellite built by Space Kidz India, is intended to study the radtional levels/space weather and demonstrate long
range communication technologies.
UNITYsat is the combination of three satellites. It is designed  and built as a joint development by Jeppiar Institute of Technology
(JITsat), G H Raisoni College of Engineering-Nagpur (CGHRCEsat) and Sri Shakthi Institute of Engineering and Technology, Coimbatore  (Sri Shakthi Sat).
This satellite is intended for providing Radio relay services.