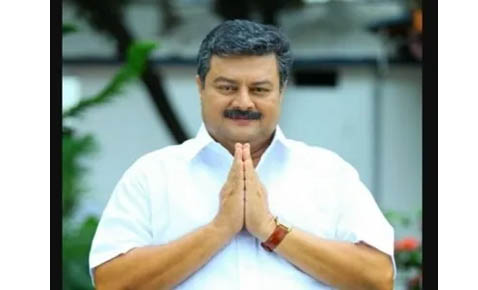 Malayalam actor Rizabawa was cremated with complete state honours in Kochi today. The 55-year-old actor passed away yesterday after suffering from kidney ailments.
Irrespective of the language barrier, every cinemagoer loved Rizabawa. One of the finest actors ever seen on celluloid, Rizabawa primarily worked in the Malayalam film industry. He was one of the most powerful villains on the 70mm during the 90s and flaunted a versatile mix of humane characters too.
His death came as a shock to fans. He passed away yesterday in a private hospital in Kochi. Rizabawa was undergoing treatment for kidney-related ailments and chose to maintain a distance from the big screen for a while.
His funeral was held earlier today and the legendary actor was cremated with complete state honours at Kochangadi Chempitta Church. The public viewing of the ceremony was cancelled due to the concern in rising COVID cases.
Rizabawa began his career in 1984 with Vishupakshi but the film was never released. Six years later, he grabbed everyone's attention when he starred in Shaji Kailas' Dr Pasupathi starring Parvathy. The same year, Rizabawa won over the audience with John Honai and then came comedy-thriller In Harihar Nagar. These three releases instantly made him a household name and a hit with the audience. He went on to star in hit films like Bandhukal Shatrukal, Champakulam Thachan, Kabuliwala, Ezhupunna Tharakan, Nerariyan CBI and The Kind and the Commissioner. He was also a popular dubbing artist and won the Kerala state award in 2019 for Karmayogi.
To mourn the demise of the celebrated actor, popular actors from the film industry took to social media to share heartfelt posts. Prithviraj Sukumaran wrote, "Rest in peace!" while Dulquer Salmaan wrote, "No matter which role he took up, he always made it memorable. My heartfelt condolences to the family of Rizabawa Ikka."
Rizabawa may not be amid us anymore but he's left behind a plethora of amazing content for his fans to enjoy.