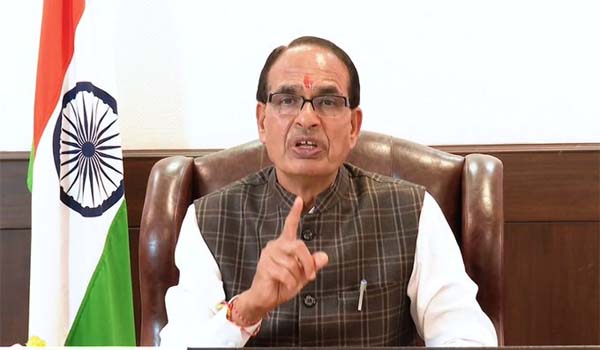 Chronicle Reporter, Bhopal
Under the chairmanship of CM Shivraj Singh Chouhan in the capital Bhopal, a cabinet meeting was held on Tuesday. In the meeting, several important proposals including the Excise Amendment Bill 2021 were approved. Under this, a provision has been made to punish those who sell illegal liquor with life imprisonment and even stringent punishment like death penalty.
Giving information, Home Minister and Government Spokesperson Narottam Mishra said that under the amendment made in the excise rules of the Commercial Tax Department, now a new category named Heritage Liquor has been added, under which the provision of life imprisonment and death penalty for illegal liquor is provided. Along with this, there is also a provision for different punishments if different categories of liquor are found. At present, the punishment ranges from 5 to 10 years. Along with this, the accused can be arrested without warrant for attacking the staff taking action against illicit liquor. Similarly, the cabinet has approved a proposal to increase the scope of investment for small, micro and medium industries in the state. The investment limit is being increased to Rs 50 crore.

Decisions  at a Glance
Provision of death penalty in serious cases like death due to poisonous and adulterated alcohol.
Excise officers will have the right to arrest without warrant if someone obstructs during action against illegal liquor
Similarly, the fine up to a maximum of Rs 10 lakh has been increased to Rs 20 lakh.
Strict punishment to stop the sale of illegal liquor. So far, the punishment of imprisonment from 2 to 6 months has been increased to 6 years.
In the case of bodily harm by alcohol, the punishment of the accused from 4 months to 4 years has now been increased from 6 to 8 years.
The Madhya Pradesh government will talk to the concerned states for the prevention of illegal liquor coming from other states.
Strict action will be taken against the distillery if it works against the rule.
Cabinet approves the proposal to increase the scope of investment of small, micro and medium industries in the state.
The investment limit has been raised to Rs 50 crore. At present, only industries with an investment of 10 crores come under this purview.
Now it has been decided to classify 50 crore plant and 250 crore business industry in the category of MSME.
Dial 100 services extended from 2025 to 2027.
Operation of temporary COVID hospital at Bina in association with Bina Refinery.
Acceptance of proposal to open new ITI in Singrauli.