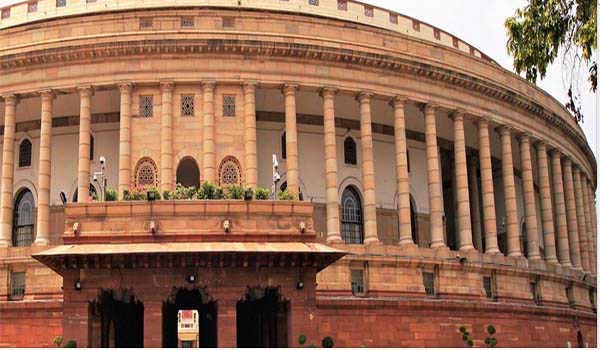 New Delhi,  The Lok Sabha on Thursday was adjourned till 1400 hrs following uproar over RLP member Hanuman Beniwal's remark on the Gandhi family during a discussion on Coronavirus.As soon as the House reassembled after first adjournment, Union Health and Family Welfare Minister Harsh Vardhan made a suo motu statement regarding measures taken by the government to prevent the spread of the deadly disease.After the statement, Mr Rajendra Agarwal, who was in the Chair, asked all parties to give suggestions on the issue.All party leaders spoke and gave their pointed remarks which went smoothly.

Mr Beniwal made remarks taking names of Gandhi family, including Sonia Gandhi and Rahul Gandhi, which agitated the Congress members.They were on their feet instantly and trooped into the Well.The Congress members raised their pitch, tore and tossed the papers towards the Chair.The Chair expunged Mr Beniwal's remarks and tried pacifying the agitated members but to no avail.He then announced adjournment till 1400 hrs.