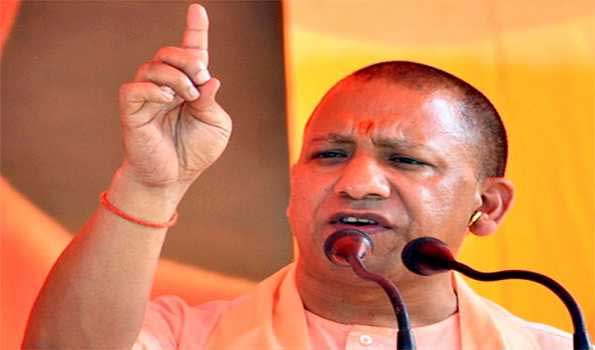 Lucknow, On the orders of Uttar Pradesh Chief Minister Yogi Adityanath, the Lucknow district administration has put up hoardings with photos and addresses of anti Citizenship Amendment Act (CAA) rioters at prominent crossings across the city.The hoardings, which were put up on late Thursday evening, include pictures of Shia cleric Maulana Saif Abbas, retired IPS SR Darapuri and Congress leader Sadaf Jafar, all of whom were named as accused in the violence that swept the state capital on December 19 last year. Lucknow District Magistrate Abhishek Prakash said here on Friday that the hoardings with photos of people, who have been identified by the district administration for indulging in violent activities during the protest, have been put up across the city.

He said around 100 such hoardings will be put up at several places and these will feature the pictures, names and addresses of people. Also, people indulging in violence have been served recovery notices and if they don’t pay for the damages, then their properties will be confiscated, he added. The Lucknow administration has assessed the damage to be worth Rs 1.55 crore. As per information, 10 people from Thakurganj area and six from Qaiserbagh area have been served recovery notices of over Rs 69 lakh till now. Shia cleric Maulana Saif Abbas and son of Shia cleric Maulana Kalbe Sadiq, Sibtain Noori, are also among the 16 who have been served notices.

The process of serving notices came soon after the Uttar Pradesh Chief Minister warned those who were involved in violence during demonstrations of "revenge" for the losses including damage of police motorcycles, barrier and sticks. Large-scale violence was reported from UP over the Citizenship Amendment Act, which detractors have termed as 'divisive' and 'anti-Muslim'.