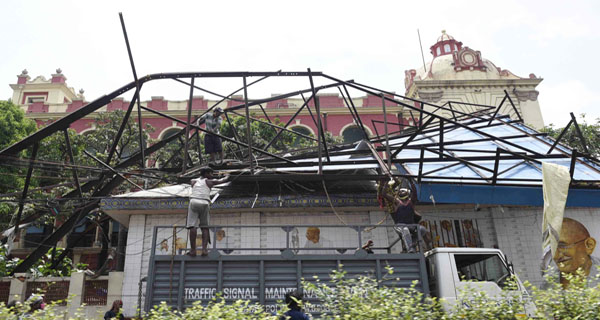 These teams are likely to reach Kolkata by late night on Saturday, he added. The MHA's move comes after the receipt of a written request from West Bengal Government's Principal Secretary Disaster Management and Civil Defence seeking deployment of additional teams in the cyclone hit state.

A total of 26 NDRF teams are deployed in six cyclone affected districts of West Bengal for restoration work at present and with the addition of the fresh ones the total number of teams will be 36.

The death toll due to the cyclone in West Bengal has risen to 85 while lakhs of people were rendered homeless as cyclone Amphan wreaked havoc in half-a-dozen districts of the state on Wednesday, flattening houses, uprooting thousands of trees and swamping low-lying areas. According to official sources, around 1.5 crore people of the state have been directly affected and more than 10 lakh houses destroyed due to the cyclone.

The super cyclonic storm Amphan ravaged parts of Kolkata and neighbouring districts on May 20 leaving several areas of South Bengal completely devastated and thousands of houses damaged. Besides, it also left low lying areas inundated and destroyed standing crops over thousands of acres.