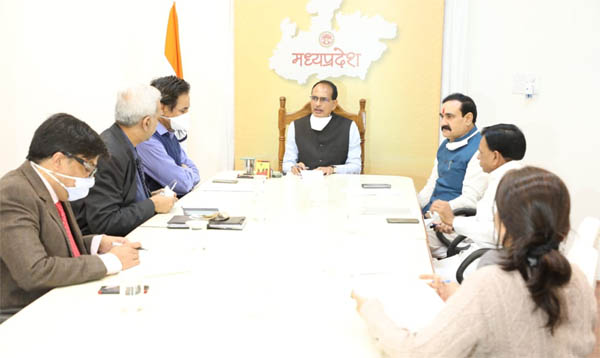 Morena, MP,  (UNI) The death toll owing to consumption of spurious liquor rose to 22 on Wednesday in Madhya Pradesh’s Morena District even as 18 individuals are battling for life at infirmaries here and in Gwalior divisional headquarters.

The administration swung into action by transferring Collector Anurag Verma and Superintendent of Police Anurag Sujania – in compliance of directives from Chief Minister Shivraj Singh Chouhan subsequent to his chairing a high-level review meeting in the state capital. Mr Verma was reassigned as Deputy Secretary (Mantralaya) and Mr Sujania as Assistant Inspector General (Headquarters).

“The incident occurred despite the fact that a campaign is underway against the scourge of adulteration. Launch a crusade against alcohol smuggling,” the Chief Minister ordered.

Divisional Commissioner (Chambal) Ashish Saxena and Inspector General (Chambal Range) Manoj Sharma met nine people undergoing treatment at the District Hospital and solicited inputs regarding purchase of the intoxicant. Both officers had a closed-door session with an accused who is also admitted there as he partook of the drink on Monday. Seven perpetrators are under arrest and five absconding. Rewards of Rs 5,000 each have been announced.

The booze was manufactured at dwellings in Chhera Manpur. The deceased hailed from Chhera Manpur, Pahawli and Bilaiyyapura villages.The issue assumed political hues on Tuesday and opposition’s response was rapid as an echo as erstwhile chief minister Kamal Nath alleged that the incident proves beyond reasonable doubt the domination of the liquor mafia.

“Earlier, as many as 16 lives were similarly snuffed out in Ujjain District,” the Congress state President pointed out.

In the afternoon, tempers ran high and villagers blocked the Morena-Sabalgarh road by placing victims’ corpses. The agitation ended after about an hour when senior administrative and police officers arrived on the scene and pacified the people.