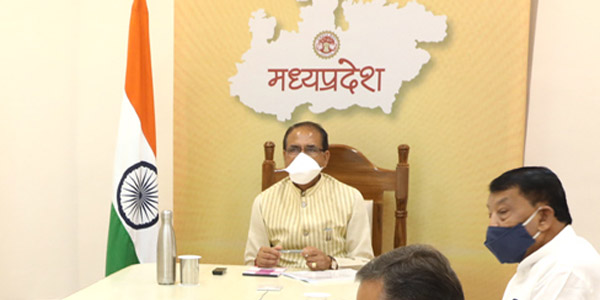 (UNI) Madhya Pradesh Chief Minister Shivraj Singh Chouhan averred on Sunday that September 16 shall dawn gloriously as a day of supreme hope, unalloyed enthusiasm and extreme joy for 37 lakh of “my underprivileged sisters and brothers” in the state as they have been added to the beneficiaries list and rations will be distributed to them under the Ann Utsav, which comes as a “considerable relief” at a juncture when the state is locked in combat with the ‘millennium scourge’.

“Auto-rickshaw drivers should be added to this category that is being benefitted under the Food Security Act. Indeed, such linkage shall be a continuing process. My dispensation stands alongside every indigent individual! The support of the Panchayat and Rural Development Department plus urban bodies will also be solicited in organising the programme,” the senior politician was officially quoted as saying while reviewing preparations.

The veteran leader is scheduled to preside over the state-level function under the Annapurna Yojana at 1145 hrs on the appointed day at the city-based Samanvay Bhavan and discuss with the recipients. Ministers, parliamentarians and legislators shall simultaneously launch the venture in each district.