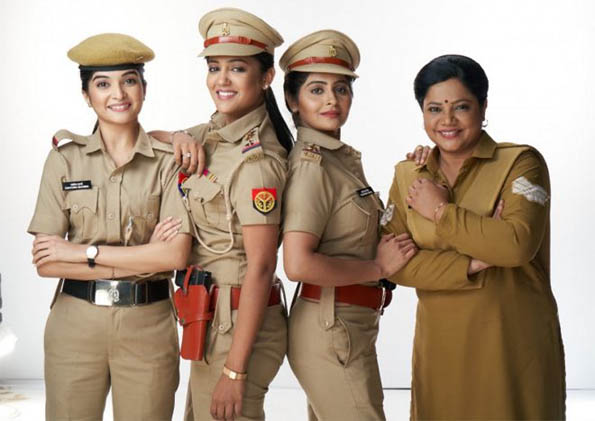 For decades, the profession of police and detectives was dominated by men. Now there are shows that feature strong, intelligent women cracking the cases and busting the baddies. One such show that has ruled the hearts and television screens of audiences is Sony SAB’s ‘Maddam Sir’.
The show recently completed another huge milestone of 600 episodes promising viewers a continuous dose of action, drama and a lot more entertainment. Imparting social messages, the humorous cop drama series features Gulki Joshi as SHO Haseena Malik, Yukti Kapoor as Karishma Singh, Bhavika Sharma as Santosh, and Sonali Naik as Pushpa ji. With their heart and soul invested into entertaining the audience, it is no surprise that the cast and crew are celebrating this milestone together.
An excited Gulki Joshi shares, “This feels like a dream come true for the whole team. We have made loads of wonderful memories shooting for each episode and viewers have been showering their love on us consistently. It is a wonderful feeling when the entire crew witnesses their efforts bearing fruit, and we are incredibly proud of each other. Here's to a lifetime of milestones for the show, and for all of us!"
Yukti Kapoor adds, “It felt like just yesterday we completed a milestone of 500 episodes and in a blink of an eye we have reached yet another one. We can't thank the fans enough for showering us with so much love. This whole journey has been a huge learning opportunity for me and the whole team. Naturally, the audience's support has always meant the world to us!"