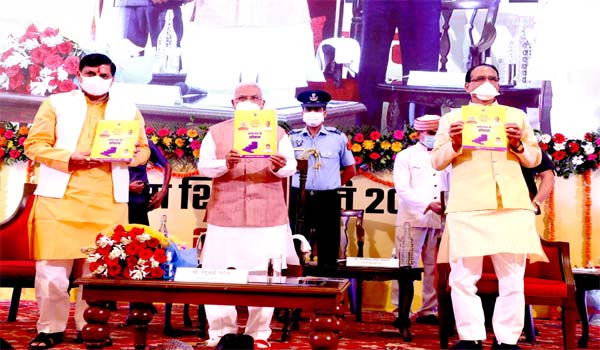 Chronicle Reporter, Bhopal
The Union Minister for Education, Skill Development and Entrepreneurship, Shri Dharmendra Pradhan has said that Madhya Pradesh is the pioneer state to implement the National Education Policy 2020. The National Education Policy will be the key to realizing the aspirations of the students and youth of the state and empowering them. Union Minister Shri Pradhan has congratulated the people of Madhya Pradesh and Chief Minister Shri Shivraj Singh Chouhan through a tweet.
It is noteworthy that today Governor Shri Mangubhai Patel and Chief Minister Shri Shivraj Singh Chouhan implemented National Education Policy 2020 in Madhya Pradesh.
Governor Shri Mangubhai Patel has said that the universities of the state will have to come forward to implement the National Education Policy. As per the policy, special efforts should be made for making education employment oriented, skill promotion, partnership with industries and national and international academic partnership. He also stated the need for NAAC evaluation to ensure quality. It has also been emphasized that the government and private universities of the state should make efforts to be included among the best higher education institutions of the country.
Governor was recently presiding over the 99th meeting of the University Coordination Committee held at Raj Bhavan. Principal Secretary to the Governor, Principal Secretary Higher Education, Law-Legal, Finance and vice-chancellors of government and private universities were present in the meeting.