Madirakshi aka Parvati of Vighnaharta Ganesh ventured into a new profession 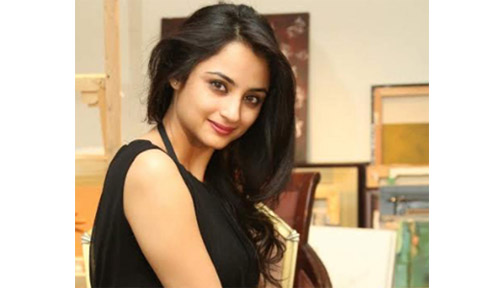 One cannot think well, love well, sleep well, if one has not dined well. This quote inspired our very own Maa Parvati played by Madirakshi in Sony Entertainment Television’s Vighnaharta Ganesh. She has  proven her acting ability in all the  roles she has ever played. Know she has deicide to do something more than acting, she is venturing into opening a restaurant in Kandivali. Currently, in the show the audience can watch how Pushpadant begins to turn towards the path of faith and devotion.
A thing which no one can say no to is a good food. And keeping this in mind Madirakshi decided to open her own restaurant in Kandivali and named it 'The flaming tables'. She has always been  keen in starting something of her own and thought what better than a restaurant. As everyone loves food and are always interested in trying a new place when it comes to food.
Madirakshi sharing her excitement said “I am really looking forward to my new venture and this new aspect where I am donning the hat of a  businesswoman. The audience has loved me in all the characters I have played, and I am getting their immense love for playing the role of Parvati.I look forward to their love and support in this new venture.
Opening my own lounge is a way for me to give an avenue to a long standing interest. I love experimenting with food and checking out new places to try different cuisines and so   combining the two things and opening my own lounge seemed like the most natural thing to so. I am really excited about it!"
Keep watching Sony Entertainment Television for Vighnaharta Ganesh at 8PM from Monday to Friday