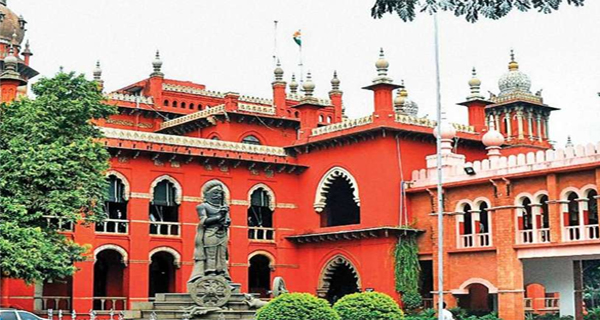 Two days after ruling that late Chief Minister J Jayalalitha's nephew J.Deepak and niece J Deepa as her Class-II legal heirs and that they could inherit all her properties, the Madras High Court on Friday modified the order and said both of them were her direct legal heirs.

The Poes Garden property in "Veda Nilayam" was inherited by Jayalalitha from her mother Sandhya and hence Deepa and Deepak, who are son and daughter of Jayalalitha's brother Jayakumar and Sandhya's grandson/daughter are the legal heirs of Jayalalitha's properties.

The HC also ordered that both "Deepa and Deepak are entitled to succeed the Veda Nilayam of Jayalalitha as that is technically the ancestral property."

The HC on May 27 ruled Deepak and Deepa as Jayalalitha's Class-II legal heirs and that they could inherit all her properties. The court further said that only a portion of Poes Garden residence of Jayalalitha could be converted into a memorial, while suggesting to use it as the official office-cum-residence of the Chief Minister Edappadi K.Palaniswami.

Allowing an application filed by Deepa and Deepak seeking permission to administer the properties left behind by their aunt (Jayalalitha), a Division Bench comprising Justices N.Kirubakaran and Abdul Quddhose also granted a letter of a administration to the siblings for administering them.

The Court order comes days after the Tamil Nadu government promulgated an Ordinance to take over the Poes Garden residence Veda Nilayam to convert it into a public memorial.

As per the Court order, the Tamil Nadu government needed the consent of both Deepa and Deepak to convert Jayalalitha's residence into a memorial.

Holding that the government could not acquire Veda Nilayam without the consent of the legal heirs, the Judges expressed their reservation on use of public money to acquire private properties and convert them into memorials.