Mah will not tolerate statements made by Karnataka CM : Pawar 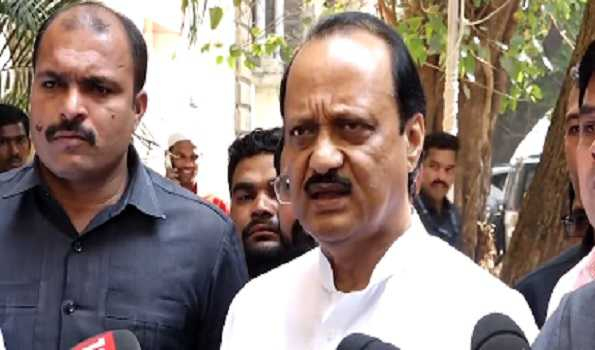 Mumbai, Nov 24 (UNI) Opposition leader in the Maharashtra legislative assembly Ajit Pawar on Thursday said the state will not tolerate statements made by Karnataka Chief Minister Basavaraj Bommai and asked him on whether he set out to see Maharashtra.

He was interacting with mediapersons before attending a meeting at NCP office along with party chief Sharad Pawar.

Pawar said Mr Bommai was claiming the villages of Jat taluka in Sangli district and also Akkalkot in Maharashtra.

The Chief Minister should immediately stop making such statements. His statement is reprehensible and Mr Pawar condemned it.

Such statements are being made to divert people's attention from inflation and unemployment, he said.

Maharashtra Chief Minister, Deputy Chief Minister should take note of it, the leader of the opposition said, adding that now only Mumbai is left to demand by the Karnataka CM.

The Centre should intervene on the issue immediately and warned that Maharashtra will never tolerate such statements, Pawar added.