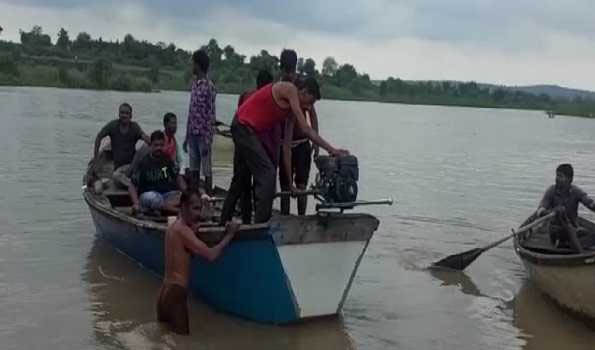 Amravati/Nagpur, Sep 14(UNI) At least 11 people were feared drowned in the Wardha river after their boat capsized on Tuesday morning in Maharashtra's Amravati district, sources said.
According to the sources the incident took place at around 10.30 am at Shri Kshetra Jhunj under Benoda Shaheed Police Station in Amravati district when a boat carrying 11 people from three families capsized in the river.
Though the exact reason behind the incident could not be ascertained immediately, it is believed that the boat was unable to sustain the weight of its occupants, sources said,.
Meanwhile, search operations have begun, sources said.
The local police and district disaster management authority have so far recovered three bodies, including a minor girl from the river, the sources said adding that the search for other bodies was going on.