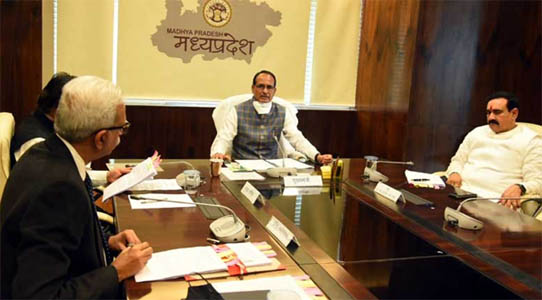 High level meeting held on the recovery of girls

Regarding missing girls, Chief Minister Shri Chouhan said that the police should increase the number of recoveries of girls in such cases. He congratulated the police for the decline in the number of crimes against women in the last few months. It may be noted that crimes against women have reduced by half in the last eight months. Chief Minister Shri Chouhan said that the launching of women’s awareness campaign for the safety and honour of women is commendable.

Girls going missing is a matter of concern

Chief Minister Shri Chouhan said that the number of missing girls being double compared to missing boys is a clear indication that the disappearance of girls is not normal. Director General of Police Shri Vivek Johri said that the main reasons behind the disappearance of girls or women in the urban areas include their leaving the house without informing anyone or getting angry and running away or eloping with boyfriend. In rural areas, people migrate in search for employment. In this, the action by the Labour Department becomes necessary. A record should be maintained of where and what work the contractor is taking from them.

The Chief Minister also asked to make a proposal to merge different types of helplines. At present, Umang app and helpline 1090 is operating in the state. The helpline number of the Government of India is 1098.