Major fire breaks out in Mundka area, one died 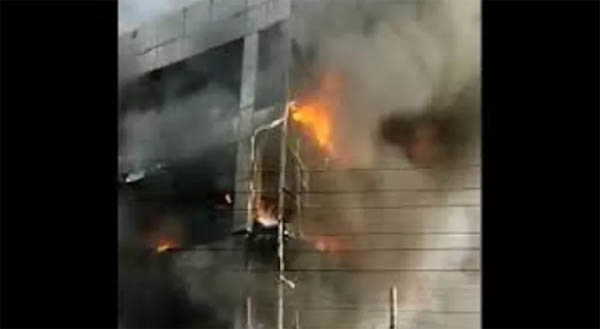 New Delhi, (UNI) A major fire broke out at a building near Mundka Metro Station on Friday in which one woman was killed, fire department said. According to the Delhi Fire Service, it received a fire incident call about 4:40 pm. A total of 24 fire tenders were rushed to the site to douse the blaze. The fire broke out at a godown in outer Delhi's Maundka area. The cause of the fire was not immediately known.