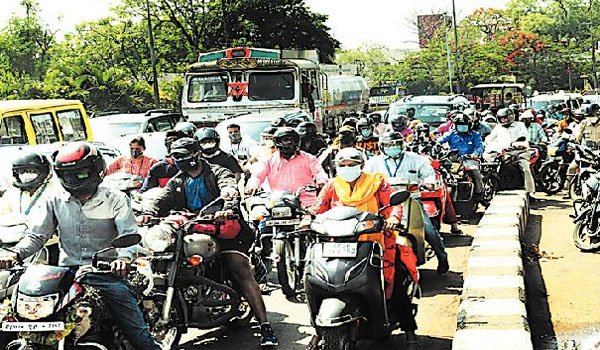 Chronicle Reporter, Bhopal
Chief Minister Shri Shivraj Singh Chouhan has said that the corona infection is decreasing continuously in the state. The average weekly positivity rate of the state has declined to 21.3%, which is equal to the national average. Our recovery rate has been steadily increasing compared to new cases of corona, causing a steady decline in the number of active corona patients.
Chief Minister Shri Chouhan directed that special attention should be paid to the districts having high corona positivity rates. Corona curfew should be made more effective and after thorough house-to-house survey, each and every patient can be identified and treated.
Chief Minister Shri Chouhan was reviewing the situation and arrangements of Corona in the state through video conferencing from his residence today. In the video conferencing, the in-charge ministers from all the districts, the in-charge officers of corona and all concerned were present.
In-charge officers should go to districts and see the arrangements
Chief Minister Shri Chouhan directed that the in-charge officers appointed for the control of corona should visit their respective districts and see all the arrangements there. Strictly prevent corona infection and ensure a good system of treatment.
Do a health check-up of the police force coming from outside
Chief Minister Shri Chouhan directed that all our police personnel who have returned from Bengal, Tamil Nadu, etc. should be examined. Those who are ill should be given the best treatment.
Number of active patients 85 thousand 750
The number of active corona patients in the state is 85 thousand 750. On May 3, 12 thousand 72 corona cases were reported in the state, while 13 thousand 408 patients became healthy. The state's recovery rate has gone up to 84.7%. The death rate is 1%.