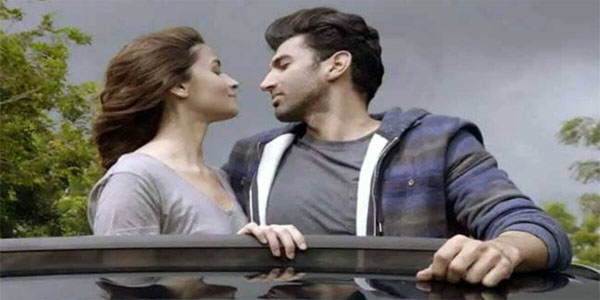 Composed by the hitmaker of romantic music, Ankit Tiwari, sung by him and Leena Bose and penned by Shabbir Ahmed, the love song marks composer-singer's third collaboration with actor, Aditya Roy Kapur.

The singer-actor duo has regaled viewers and listeners with romantic songs in the past and now they are seen reunited for 'Tum Se Hi', recreating the very same magic. Its music video is filmed on Kapur singing the song whilst dedicating it to his soulmate in the movie.

What is sure to hit the listeners is the melancholic touch of the Ankit Tiwari composition.

Sanujeet Bhujabal, Senior Director - Marketing, Sony Music India says, "Tum Se Hi is Ankit Tiwari at his finest. It is the kind of song that makes you want to play it on the loop. The music album of the original Sadak was a huge hit and in line with that musical legacy, Tum Se Hi just elevates the romance. We eagerly await the reaction of listeners to this song."

Composer-singer Ankit Tiwari says, "The experience of composing and singing Tum Se Hi was quite thrilling because as a listener I was a big fan of the music of the original Sadak. Having the opportunity to create a romantic single for the remake of the film is surreal for me. A big thanks to Sony Music India for offering me the creative liberty to express the romance of the film through music."

Released by Sony Music India and composed by Ankit Tiwari, sung by him and Leena Bose, 'Tum Se Hi' from the music album of 'Sadak 2' is now available to listeners on all streaming and video platforms.