Malaika Arora on motherhood this Mother’s Day: Treat it as a comma, but never as a full stop 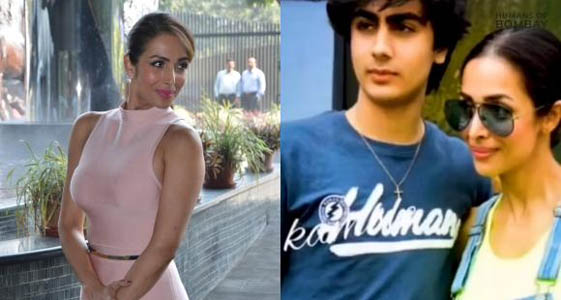 Today is Mother’s Day and social media is filled with wishes from everyone for their mothers. Even our Bollywood celebrities have taken to their social media to wish their momS to make them feel special. Well, Official Humans Of Bombay took to their Instagram handle to share a video of Malaika Arora who shared her story of becoming a mother and how she did not treat motherhood as a hurdle and still flourished in her career.
The video begins with a cute picture of Malaika Arora with her baby boy Arhaan. There are 2 cute pictures of a younger Malaika and baby Arhaan and then comes a recent picture of a grown up Arhaan along with the evergreen Malaika. Sharing her story of motherhood, Malaika in the caption revealed that when she was pregnant, people told her that this will end her career. She further said, “Back then, after marriage, you’d barely see an actress on screen. But being raised by women who advocated being independent, I knew motherhood just meant I was to essay one more role, the role of mom! I worked through my pregnancy—shuttling shows, & rehearsals. And when Arhaan was born, I promised to give him the world. I also promised myself—I won’t lose my identity in the process of being a mom. Ever since I’ve lived up to both the promises.
2 months after delivery, I performed at an award show. I was proud of myself because I also made it back home in time to tuck Arhaan in bed. Knowing that I could juggle motherhood & work empowered me. In fact, I said yes to Karan for Kaal Dhamaal a year after delivery!”
Malaika Arora further revealed that she and her ex-husband Arbaaz Khan had set rules for parenting Arhaan. In fact, Arhaan even understood and accepted their divorce. Elaborating on this further, Malaika said, “regardless of our differences, Arbaaz & I’ve been a unit when it comes to parenting.” Concluding, the diva said, “Being a mom doesn’t mean you stop being you. Motherhood is not the end. Treat it as a comma, but never as a full stop!”