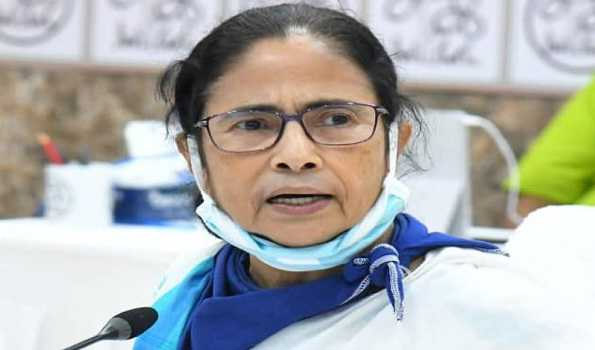 Kolkata, Nov 24 (UNI) West Bengal Chief Minister Mamata Banerjee, who is camping in New Delhi and meeting different political leaders since Monday, is scheduled to call on Prime Minister Narendra Modi at 5 pm and raise the controversial BSF issues after the union home ministry extended territorial jurisdiction up to 50 km of the paramilitary force in the state.

Before meeting the PM, Ms Banerjee, who is also the chairperson of All India Trinamool Congress would meet BJP's Rajya Sabha member Subramanian Swamy at 3:30 pm.

Mr Swamy, whose Rajya Sabha term expires next year, had sought to know from the Centre why Ms Mamata was prevented from going to Rome. “Why was Bengal CM Mamata prevented by Home Ministry from attending an international conference in Rome?

Before flying to New Delhi Ms Banerjee had told reporters it was not acceptable to the state government regarding increasing territorial jurisdiction of BSF to 50 kms from 15 kms.

" We would not allow the BJP to be in the safe hand of BSF, although

the force is also our friend like CISF and CRPF." Ms Banerjee, who also wrote a letter to the PM objecting Union home ministry's decision to increase BSF territorial jurisdiction into the border areas of the state, said.