Mamata expresses anguish over firing at Mukroh in Meghalaya 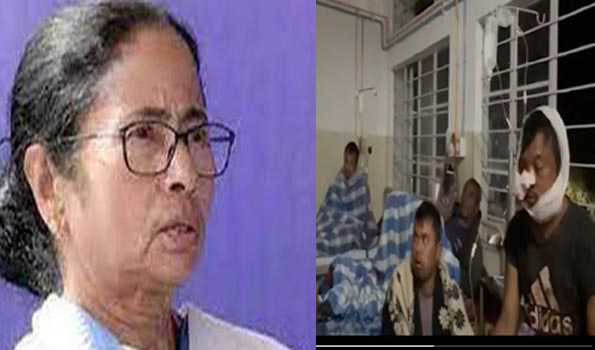 " I am gravely anguished by the tragic instance of firing at Mukroh, Meghalaya, that claimed lives of 6 people," Banerjee said on her twitter post.

" I express my heartfelt condolences to the families who lost their loved ones in this conflict. I earnestly pray that peace and calm prevails for the greater good," she concluded.

" I am shocked and deeply saddened by the extremely unfortunate firing incident at Mukroh, Meghalaya which took away lives of 6 innocent civilians and a forest guard from Assam,* Banerjee said

"My thoughts and prayers are with their families in these difficult times," he maintained.

He also questioned how long the Meghalaya CM Sangma Conrad would allow his Assam  counterpart to take Meghalaya for granted.

" For how long will CM @SangmaConrad allow @himantabiswa to take Meghalaya for granted?

"For how long should Meghalayans live in fear and insecurity? " For how long will this injustice go on?" asked the TMC general secretary.

" The incident exposes the ineptitude of the MDA Govt, failing its own people," Banerjee added.