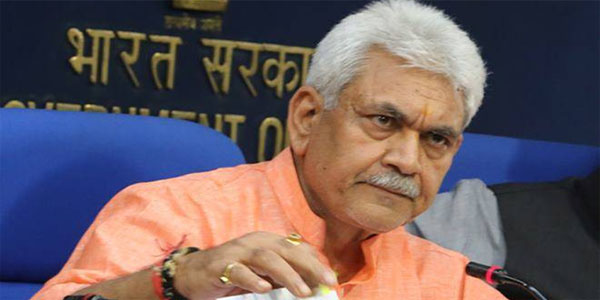 Manoj Sinha has been appointed as Lieutenant-Governor of Jammu Kashmir said a statement from President Ram Nath Kovind's office on Thursday.

GC Murmu, resigned on Wednesday from the LG post exactly one year after the creation of the new Union Territory.

"The President has accepted the resignation of Shri Girish Chandra Murmu as Lieutenant Governor of Jammu and Kashmir. The President has been pleased to appoint Shri Manoj Sinha to be the Lieutenant Governor of Jammu and Kashmir with effect from the date he assumes charge of his office vice Shri Girish Chandra Murmu (sic)," read the statement.