Mata Vaishno Devi pilgrimage to resume from Aug 16: Shrine Board 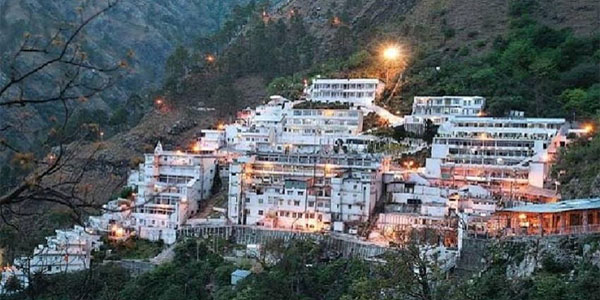 The much awaited yatra to the Holy Cave Shrine of Shri Mata Vaishno Devi situated in the Trikuta Hills of Reasi district of Jammu and Kashmir will resume from August 16 which was suspended on March 18 in view of the COVID-19.

Chief Executive Officer, Shri Mata Vaishno Devi Shrine Board Ramesh Kumar said on Friday that during the first week of the resumption of pilgrimage there shall be a ceiling of 2,000 pilgrims per day, including 1900 from within Jammu and Kashmir and the remaining 100 from outside J&K.

The pilgrims would be allowed to undertake the pilgrimage after registration through online mode only in order to avoid any assembly of persons at the Yatra Registration Counters.

They would also be required to install Aarogya Setu App on their mobile phones, before proceeding on the yatra. It will also be mandatory for the pilgrims to wear face masks/face cover(s).

Every 'yatri' would be scanned by way of Thermal Image Scanners at the yatra entry points.

He further said that the children below the age of 10 years, pregnant women, persons with co-morbidities and persons above the age of 60 years have been advised to avoid the yatra in the interest of their own safety from infection of COVID-19. Later on, as and when the situation normalises, the advisory for this group shall be revisited.