Mayawati suspends 7 BSP MLAs in UP: To initiate disqualification process 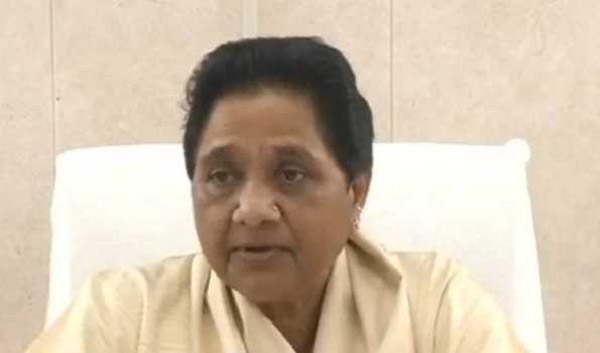 Lucknow, Oct 29(UNI) Bahujan Samaj Party(BSP) supremo Mayawati on Thursday suspended seven rebel MLAs and announced to initiate process for their disqualification.
These MLAs had openly revolted against the party's official Rajya Sabha candidate Ramji Gautam during scrutiny on Wednesday and had met Samajwadi Party president Akhilesh Yadav.
The announcement of their suspension was made by Mayawati on Thursday morning.
The suspended BSP MLAs are Aslam Rainee, Aslam Ali, Mutjaba Siddique , Hakim Lal Bind, Hargovind Bhargava, Ms Sushma Patel and Ms Vandana Singh.
The disqualification petition is likely to be moved by the party before the Assembly Speaker today.
Earlier on Wednesday, four of the 10 MLAs who had proposed the name of the party’s RS candidate withdrew support amid hints that they may switch sides.
The four MLAs were reportedly accompanied by two others when they met the Returning Officer, submitting in writing that their signatures on senior party leader Ramji Gautam’s nomination papers were forged.
One of the rebels Sushma Patel admitted that she met Samajwadi Party president Akhilesh Yadav, while some others in the group of six — a third of BSP’s strength in the Assembly — expressed dissatisfaction over the way their own party treated them.
BSP has 17 members in the UP Assembly in the total strength of 403 . But now it will be reduced to 10.