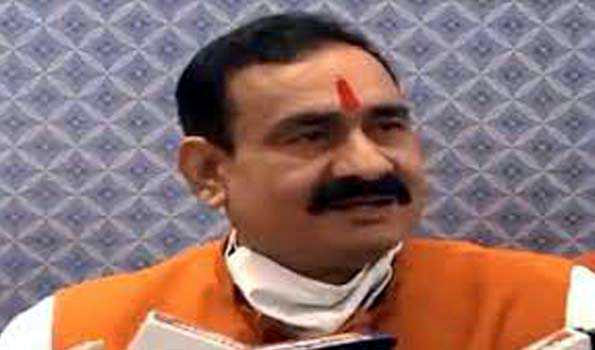 Bhopal, June 9 (UNI) Amidst media reports that Madhya Pradesh Home Minister Narottam Mishra expressed opposition to certain proposals during Tuesday’s Cabinet meeting, the politician himself on Wednesday denied any differences of opinion within the saffron camp while reiterating that the members stand united under the leadership of Chief Minister Shivraj Singh Chouhan and Bharatiya Janata Party state President VD Sharma.
Subsequent to an interaction with members of the Fourth Estate here, government spokesman Mishra conveyed – via social media – that the ‘news’ doing the rounds in the context of the Cabinet meeting is baseless.
“Those gatherings witness pithy discussions and proffering suggestions regarding a subject simply cannot be construed as resentment,” he added.