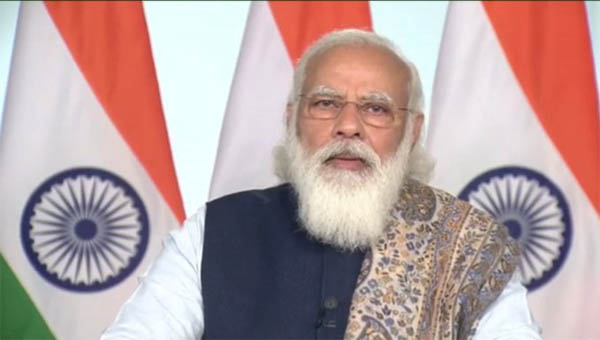 Modi announced the launch of the fund while interacting with participants at the Startup India International Summit.

He said the growth of startups would help in job creation and improving people's lives.

India is working for a startup ecosystem based on the mantra "Of the Youth, By the Youth, For the Youth".

"We have to fix our goals for the next five years and these goals should be that our startups, our unicorns should emerge as global giants and lead in the futuristic technologies," said the prime minister via videoconferencing.

He said that startups are changing the demographic characteristics of today’s business. About 44 per cent recognised startups have women directors and number of women working in these start up is very high.

Similarly, 45 per cent startups are in tier II and tier III cities, working as the brand ambassadors of the local products.

Every state is supporting and incubating startups as per local possibilities and 80 per cent of districts of the country are now part of the Startup India mission.

In 2014 only 4 Indian startups were in the ‘unicorn club’ now, more than 30 startups have crossed the 1 billon mark, Modi added.

Noting the fact that 11 startups entered the ‘unicorn club’ in 2020 during the pandemic time, the prime minister underlined their contribution in the Aatmnirbharta during the crisis.

They played a sterling role in meeting local needs like grocery, medicine delivery at doorstep, transportation of frontline workers.

The summit marked the fifth anniversary of his government's Startup India initiative and on the occasion Modi also launched a booklet titled ‘Evolution of Startup India’ detailing the experiences of India’s 5-year journey in startup space.

He recalled the initial challenges which were overcome to create one of the world’s biggest startup ecosystem with more than 41,000 startups.