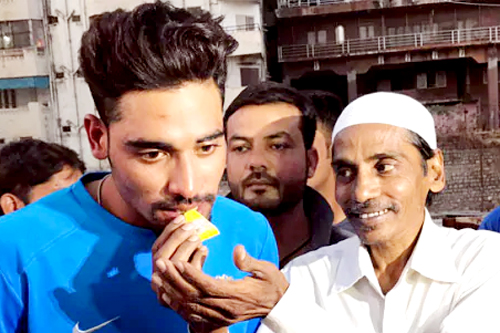 "Our heartfelt prayers and condolences go out to Mohammed Siraj & his family, on the loss of his father. The entire RCB family is with you during this difficult time. Stay strong, Miyan," RCB wrote on Twitter.

Siraj is currently in Sydney with the rest of the Indian squad for the upcoming series in Australia.

The Hyderabad-born pacer played nine matches for RCB in the recently-concluded IPL and claimed 11 wickets at an impressive economy rate of 8.68.

The tour will kick off with the ODI series, starting November 27 at the Sydney Cricket Ground.