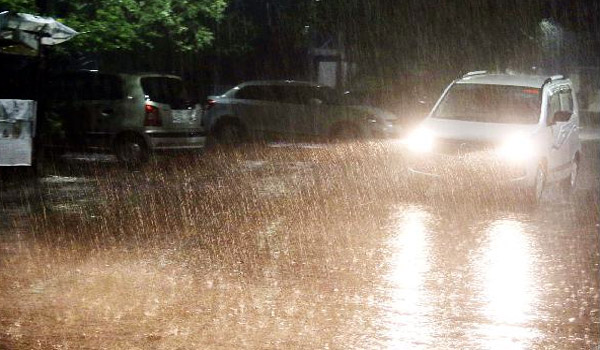 Chronicle Reporter, Bhopal
Monsoon has entered Madhya Pradesh on Thursday 7 days before the scheduled arrival date with intermittent showers in the state for the past 10 days. The Southwest Monsoon has reached Betul, Chhindwara, Seoni, Balaghat and Mandla in the state. The Meteorological Department has made its official announcement on Thursday afternoon. Meteorologist PK Saha said that it has come a week earlier due to the continuous active monsoon in the Arabian Sea and the Bay of Bengal on both sides for the last 10 days. However, it is expected to be fully active by June 20.

Yellow alert issued
A yellow alert has been issued in the districts of Jabalpur, Shahdol divisions and showers with thundery developments are likely to occur at isolated places in Rewa, Satna, Betul, Harda, Khandwa and Burhanpur districts. Along with this, strong winds with thunder and lightning are possible in the districts of Bhopal, Ujjain, Sagar, Gwalior and Chambal divisions and in Khargone, Barwani, Alirajpur, Jhabua, Dhar, Indore, Hoshangabad, Sidhi and Singrauli districts.

According to the Meteorological Department, till now the state normally receives 15.7 mm (about half an inch) of rain, while from June 1 to the morning of June 10, 29.3 mm (more than an inch) of rainfall has occurred. According to meteorologist Ved Prakash, there will be good rains in July and August, but there will be relatively less rain in September. Normal or more rain is expected in the state this time.

Rains in East MP, West MP remains dry
This time the monsoon will first enter from Bengal by June 16 through Balaghat, Seoni and Dindori of Jabalpur division. This is the reason that till now the eastern Madhya Pradesh has received maximum rainfall. The region was supposed to receive 15.7 mm of rain so far, while 39 mm of rain has been recorded so far. Only Sidhi, Singrauli and Tikamgarh received below average rainfall, while in many districts.
It has not rained much yet in West Madhya Pradesh. Only Bhopal, Ashok Nagar, Betul and Mandsaur have received good rains. In 15 districts, including Gwalior and Harda, rainfall has occurred much less than the average.

Low-pressure area may form in Bay of Bengal
A low-pressure area, the first monsoon system, is likely to form possibly by tomorrow in the Bay of Bengal. Cyclonic circulation, the prelude to this low pressure, is marked over coastal areas of the Bangladesh - Myanmar border and adjoining Bay of Bengal. This weather system is expected to organize and deepen into a low-pressure area in the next 24-36 hours. In the subsequent 24 hours, it is likely to intensify further to a well-marked low or depression over the Head Bay of Bengal. Depression is expected to cross the Odisha - West Bengal coast on the 12th of June and move the next day over interior parts of Odisha, Chhattisgarh, and Jharkhand.
Maiden monsoon depression will take the monsoon current over Odisha, West Bengal, Jharkhand, Bihar and spill over to contiguous parts of Chhattisgarh and East Madhya Pradesh. This will be a slow-moving system and may even remain stationary over the tri-junction of Odisha, Jharkhand, and Chhattisgarh for 24 hours. Central and eastern parts of the country, outside Gujarat, will have active to vigorous monsoon conditions between 10th and 16th June. Rains will travel to reach Uttar Pradesh and West Madhya Pradesh during this period.