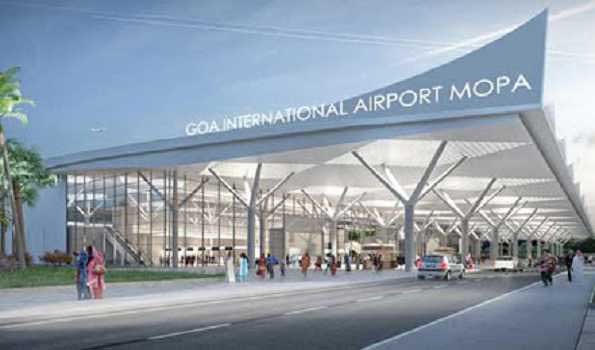 Panaji,  Upcoming Mopa International Airport in North Goa has been granted much- awaited environmental approval by the Union Ministry of Environment and Forest.In a tweet, Union Minister for Environment and Forest Prakash Javadekar said,'I am happy to announce that today i have given Environmental approval for Greenfield Mopa International Airport in #Goa. This will pave way for overall development for the region and give boost to tourism in the state..'The development came when Goa Chief Minister Pramod Sawant was in New Delhi. The Chief Minister met Prime Minister Narendra Modi and discussed several issues concerning state.The environment approval was welcomed by the Chief Minister.In a tweet, Dr Sawant said,'My gratitude to Shri Prakash Javadekar ji for environmental apporval to Mopa International Airport with addendums as per Hon'ble Supreme Court judgement, to the original EC.'Union Minister of state for AYUSH (independent charge) and Defence Shripad Naik also welcomed the decision and thank Mr Javadakar for the same.'Thankful to Shri Prakash Javdekarji for environmental approval to Greenfield Mopa International Airport in Goa. This was much awaited and will prove to be a milestone in the overall development of the region including tourism sector especially in Goa,' Mr Naik said in a tweet. The first phase of the airport being constructed through a joint venture between GMR and the Goa Government was scheduled to be commissioned by September 3, 2020 but due to litigation in the Supreme Court filed by activists it has been delayed by several months.