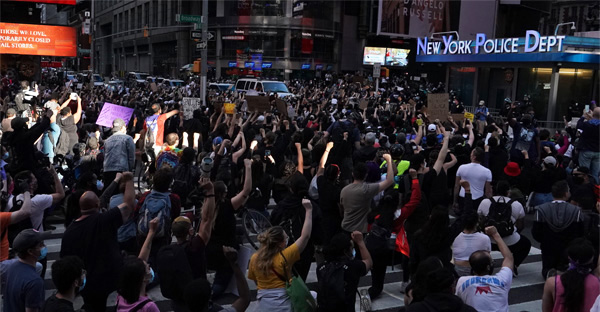 “Over 350 people,” O'Donnell said when asked about the number of arrests made, adding that charges were “all over the place.”

O’Donnell said that the number of police officers and protesters injured in the clashes is currently being assessed, as is the damage caused to the city property.
New York City has seen days of protests over the May 25 killing of George Floyd, an unarmed black man who was strangled by a police officer while handcuffed and in custody.

The protests began peacefully last week but escalated on Friday, with widespread looting and destruction that continued throughout the weekend.

The looters were seen stealing from luxury stores across Manhattan, breaking storefronts and setting police vehicles on fire.